The island also boasts exquisite, accessible viewing points which offer breathtaking panoramic views over sea and land. They are especially magical at dawn or sunset. You can simply revel in the sights and the calm atmosphere, or take the opportunity for some stunning photography, or both! Wise precautions: always carry fresh drinking water with you when you go on an outing; choose sturdy footwear for walking – wearing flip-flops is asking for trouble! Wear appropriate clothing, including protection from the sun, and carry extra layers in case the air turns colder, or you need to change sweaty t-shirts; carry a mobile phone, just in case of need; carry a torch if your mobile phone doesn’t have one, in case darkness overtakes you.

NOTE: there are no rubbish bins in Hvar’s uninhabited areas.
PLEASE do not discard litter, including cigarette ends, in the environment: take any refuse back to a settlement and dispose of it in the municipal rubbish bins / trash cans. If you happen upon any fly-tipped rubbish on your walks, please photograph them, log the site if you can, and report the finding to the Tourist Board.

EXPERIENCES TO TREASURE Here are just three suggestions for enjoying some of the fantastic views which Hvar has to offer. Remember, there are plenty more, along the whole length of this exquisite island!

St. Anthony’s shrine is a particularly fine spot to gaze over a great range of scenery. At 500 m above sea level, facing south, you look down over Zavala and Ivan Dolac on the ground below the hill, and then further across the sea the islet of Šćedro and Korčula Island and the Pelješac peninsula come into view. Just a little way from the viewing point you have a fine vista to the north, encompassing Pitve, Vrisnik, Svirče, Jelsa, Vrboska, then across the sea to the islet of Zečevo, Brač Island and the Makarska Riviera on the mainland. To see a superb sunrise, this place is unsurpassed. There are three ways to reach St. Anthony’s shrine: from Pitve, via Humac or from Zavala. There is a winding narrow footpath which leads to it from Pitve, starting from the left side of the road just after the end of the village, heading towards the Pitve-Zavala tunnel.

It can take up to an hour to reach the top, if you take your time enjoying the scenery. The fire road which leads off to the right just before the Pitve-Zavala tunnel from the Pitve side passes relatively close to the viewing point, but the last part must be done on foot. It is possible to go much of the way on a mountain bike from Humac. The journey up and down is an important part of the whole experience, to be enjoyed to the full.

The highest peak on Hvar Island, at 626 m above sea level, is named after St. Nicholas, patron saint of seafarers and children, among others. At the top is the tiny chapel of St. Nicholas, said to have been built in 1487 by Matija Ivanić, who led the Hvar Rebellion (1510 – 1514). Close to the chapel is a large stone cross, which was erected in 1998 following the 1997 celebration of the 850th anniversary of the founding of the Hvar-Brač-Vis Bishopric. Mass is said in front of the cross at the beginning of September each year, usually attracting a large number of the faithful, despite the restrictions of the narrow stony ridge where they have to perch as best they can. There are several ways up to the peak. From Svirče and Dol, there are macadam roads which lead up to a point not far from the peak, suitable for cars and bicycles, best for off-roaders. The last part of the path can only be done on foot: it is uneven, quite steep and slightly tricky. Going the whole way on foot from these starting points takes about two and a quarter hours. From Sveta Nedjelja on the island’s south side, the route is shorter, taking about one and a quarter hours.

One can also head for the peak from the Dubovica side of the Selca-Dubovica tunnel (approaching the tunnel from the Hvar Town side), again on macadam roads reaching reasonably close to the destination. The views from the St. Nicholas peak are spectacular, looking down over Sveta Nedjelja and across the sea on the south side, and over Svirče and a wide swathe of the island, across to the mainland on the north side.

VIEWING HVAR ISLAND FROM THE SEA

Going around the island by boat offers a different, but equally fascinating perspective on the island’s beauty. Watching the waves lapping against the shoreline or relaxing on a totally calm blue sea while enjoying the view of Hvar’s beautiful landscape is a pleasure to cherish. It’s romantic watching the sunrise and sunset anywhere on the island, but never more so than from a boat floating peacefully on the sea.

AND THERE’S LOTS MORE! There are a lot more incredible high points, many of them historic defensive structures, from which you can enjoy the spectacular views which Hvar has to offer. By definition, most of them have to be reached, at least partly, on foot. This has the advantage that visitors are very unlikely to find crowds of people in their chosen destination. Indeed, most of the time, there are few, if any. So the effort of getting there is rewarded by finding peace, quiet and the possibility of enjoying the beauty around you just as you wish, without interruption. 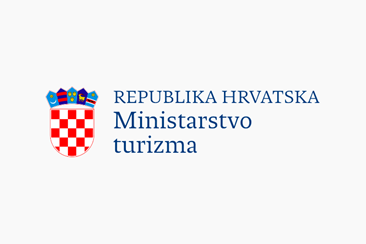 Advent, an excellent opportunity to see Jelsa at its best!