The Mediterranean Diet
Seven Mediterranean countries, Cyprus, Spain, Greece, Italy, Morocco, Portugal and Croatia joined together to apply for UNESCO recognition of the Mediterranean Diet, which was inscribed on the Representative List of the Intangible Cultural Heritage of Humanity in 2013. The islands of Brač and Hvar were chosen as Croatia’s representatives for this particular way of eating, which involves much more than just food.

The UNESCO description describes it as a comprehensive lifestyle:
“The Mediterranean diet involves a set of skills, knowledge, rituals, symbols and traditions concerning crops, harvesting, fishing, animal husbandry, conservation, processing, cooking, and particularly the sharing and consumption of food. Eating together is the foundation of the cultural identity and continuity of communities throughout the Mediterranean basin. It is a moment of social exchange and communication, an affirmation and renewal of family, group or community identity. The Mediterranean diet emphasizes values of hospitality, neighbourliness, intercultural dialogue and creativity, and a way of life guided by respect for diversity. It plays a vital role in cultural spaces, festivals and celebrations, bringing together people of all ages, conditions and social classes.

It includes the craftsmanship and production of traditional receptacles for the transport, preservation and consumption of food, including ceramic plates and glasses. Women play an important role in transmitting knowledge of the Mediterranean diet: they safeguard its techniques, respect seasonal rhythms and festive events, and transmit the values of the element to new generations. Markets also play a key role as spaces for cultivating and transmitting the Mediterranean diet during the daily practice of exchange, agreement and mutual respect.”

History
The history of the so-called ‘Mediterranean diet’ goes back thousands of years. The concept of the Mediterranean diet as a model of healthy eating was first promoted by American doctor Ancel Keys (1904 – 2004), who observed that poor people in southern Italy in the 1950s had less cardiovascular disease than wealthy people in New York, and conducted a “Seven Countries Study” to demonstrate the link between diet and health. The Mediterranean diet as described by Dr. Keys consisted mainly of olive oil, bread, pasta, herbs, garlic, red onions, and lots of fresh vegetables, with just a little meat or fish. Fresh fruit was eaten for dessert.

Today’s versions
Nowadays, the ‘Mediterranean diet’ has evolved, but it is still generally described as consisting of lots of olive oil, vegetables, legumes, lentils, grains, nuts, fresh herb flavourings, fish, fresh fruit and dried figs, with dairy products and meats playing a lesser part. Wine in moderation is included: in Dalmatia, most often red wine is drunk diluted with water as ‘bevanda’.

Conversations on Hvar, and indeed in the rest of Croatia, often centre on food, especially the midday meal. Beforehand it’s “Let’s go to lunch”, afterwards “Have you had lunch?” “What did you have?”. Meetings are scheduled for before or after lunchtime, with a sacred space in between to allow not only for eating, but also for a rest afterwards, or even a siesta in the summer. It may not be exactly at midday any more, as it was in the past, but lunch is still generally the main meal of the day, when the whole family gathers to eat and talk about everything under the sun, from family problems to planning necessary jobs and tasks. Conversations are often carried out at full volume, in true Dalmatian style, might seem like major quarrels to the outsider, but most often they are simply noisy passionate discussions without rancour.

So, for Dalmatians, eating a meal is not just about the food, it is also a social happening, and the family is often joined by friends and neighbours. Gathering around the table for a communal meal is an everyday occurrence as well as marking feast days and family celebrations. Even though times have changed, and altered the islanders’ rhythm of daily life, it is still rare for anyone to eat alone in an island home. Processed or fast foods don’t enter into it, meals are generally cooked from scratch, although it is also true that people, especially the young, may eat fast foods and snacks outside of the main meal(s) of the day.

The menu for lunch follows a well-known standard pattern: a first course eaten with a spoon, followed by something substantial and nutritious, such as fish or, increasingly over the last few decades, meat. Having a rest after lunch is seen as essential, especially in the hot summer weather after a morning’s work in the field. Supper is light, a combination of greens, called zeje in local dialect, with a little cheese, an egg or a salted sardine. The choice of vegetables depends on the season, whatever is best and tastiest at any given time of year. They are simply boiled in water, some with potatoes, others without, then dressed with olive oil. Some people add chopped garlic to chard or broad beans.

Feasting was not part of Ancel Keys’ observations on the healthy Mediterranean diet as he saw it, although it is in line with the social aspect of the UNESCO definition. In Dalmatia there are long-standing traditions of celebrating religious feast days and special family events with abundant food and drink. Details of the menu and cooking styles vary slightly from place to place, but everywhere there is no holding back on quality or quantity, and often special flavourings and condiments are introduced. There are also copious amounts of cakes. Feast days are occasions when households open their doors wide to large numbers of guests. Whenever the patron saint of a locality is celebrated, even unknown visitors are welcome to join in the festivities, which are always full of gaiety and singing…

Jelsa is divided into two parts by a stream which carries rapid-flowing waters from the surrounding hills to the sea.. 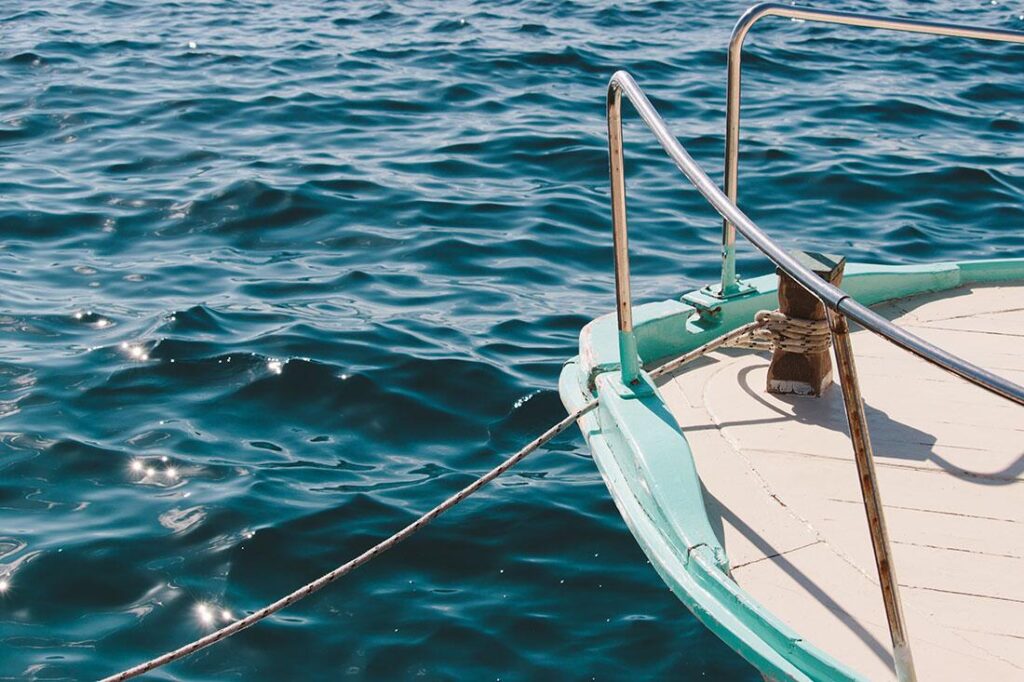