Tradition plays a strong part in the working and eating patterns of Hvar’s islanders. Grapes and olives are the main crops on Hvar. Although agriculture has been replaced by tourism as the island’s most important economic activity, most local families have vineyards, and increasing numbers are reviving their olive groves. So, alongside welcoming guests to their rental properties during the tourist season, most householders will also be working the fields throughout the year.

Living in tune with the seasons
In former times changes in the pattern of life during the year were dictated mainly by the vegetation cycle of the grapevines and work in the vineyards. Thus the year was divided into ‘pre-harvest’ and ‘post-harvest’. Of course, the natural growing cycle was also reflected in people’s normal eating habits. Even today, despite many changes, the rhythm of human activities on Hvar follows the changing seasons of the year, especially in relation to farming and eating. As Croatia is a Catholic country, religious feast days and festivals also influence people’s lifestyle, dictating, up to a point, both their activities and which foods are eaten and when.

Everyday foods
Apart from the major religious holy days, the weekly pattern is dictated by everyday tasks in the field or the wine-cellar, while Sunday is a day of rest, dedicated to one’s soul. A traditional weekday lunch would be a soup, followed by boiled meat with mashed potatoes, sauerkraut and tomato sauce. At times when the work in the fields is at its most intensive, especially during the harvest, it is unacceptable to disturb the farmer between midday and 3 pm, as the period following lunch at midday is time for a rest or ‘shut-eye’, after which work will continue until dusk.

The end of summer and into autumn
The shift in the annual pattern of daily living is marked by the grape harvest, which lasts from August 15th to about October 15th. At that time a typical meal will consist of the local collard cabbage called ‘raštika’, potatoes and olive oil, together with salted or grilled sardines. At the end of the harvest it is customary for vineyard owners to thank all those who have helped with the grape-picking by treating them to a sumptuous supper, including barbecued meat and home-made cakes.

Making the wine
When the harvest is in, the next job is to produce the wine, which involves a lot of work in the wine cellar (‘konoba’, ‘vinski podrum’). All the equipment in the cellar is washed thoroughly before and after use. The grapes are pressed, and the juice stored in large wooden or steel barrels for fermentation, during which time the temperature has to be strictly controlled. It takes several weeks for the wine to be ready for bottling.

On to the olive harvest
After the grape harvest, there is a short rest from work in the fields until the olive harvest. This autumn period may be sunny and warm, or cold and rainy, and the weather dictates when the olive picking will start, and how long the it will last. Everyday meals at this time are the local cabbage, wild greens, chard, fresh-caught fish, salted sardines dressed with olive oil, oregano and, in some cases, a little wine vinegar, and olives and red onions. There are several ways of preparing fresh olives for eating, as they are too bitter to eat straight off the tree. One is to coat them with sea salt for a few days, wash them through with boiling water and leave them to dry out in the oven for a few hours.

Winter traditions
From November 24th, St. Catherine’s feast day, the season for ‘singing-visits’ starts. Known locally as ‘kolendanje’ this practice is similar to wassailing in the UK: ‘kolendari’, or small groups of singers go from house to house singing traditional songs appropriate to the particular day, usually the evening before the actual feast day. Householders welcome them with traditional specialities, including smoked ham and light sugar-dusted biscuits called variously ‘hrustule’, ‘frustule’, ‘krostule’ ‘kroštule’ among others. Adults are offered prošek (sweet dessert wine) and rakija (local brandy) to drink. If the kolendari are children, they get fruit juice or other soft drinks, and usually lots of sweets to take away.

Christmas
Christmas Eve on December 24th is observed as a day of abstinence, meaning meat is not eaten. Houses exude the unmistakable smell of bakalar (dried salt cod), cooked ‘white’ (without tomato) or ‘red’ (as a kind of stew with concentrate tomato or peeled tomatoes). On Christmas Day and for the New Year, it is customary to eat lots! Roast lamb and pašticada (a sweet-and-savoury beef stew) with gnocchi (dumplings) are favourites for the main course.

January jobs
Winters are generally mild on Hvar, and January is not usually the coldest month, so it is the time when people prune the vines and prepare the soil, many by rotavating their vineyards. The pruning lasts until March. Some farmers also use chemical herbicides as weed control. Organic farmers avoid pesticides in favour of strimming, hand weeding, or allowing the wild plants to grow once the pruning is over.
Immediately before the start of Lent, it is Carnival time, which is marked by sweet fritters called ‘pršurate’ or ‘fritule’, and an equivalent of doughnuts called ‘krafne’. Lent is a time of restraint when over-eating is to be avoided. Seasonal chard is still growing in the fields and kitchen gardens, after which the broad beans start. The beans are cooked whole, in the pod, and can be mixed with chard, and some people add a spring of young fennel to the combination.

Lent
During Lent the six settlements which take part in the Maundy Thursday overnight Procession known as ‘Za Križen’ start preparing for the event. The Cross-Bearer (‘Križonoša’) and the entourage chosen from the local Brotherhood practise the age-old harmonies which are sung on the way round. The rehearsals are social gatherings for the group, in which it was customary to snack on salted sardines, cheese, and smoked ham, whereas now richer food is the norm, such as barbecued meat or fish, followed by lots of little cakes.

Springtime in the vineyards
Once Easter is over, work in the vineyards intensifies. The vines are sprayed against fungal disease: organic farmers use substances as permitted within organic regulations, while others use a variety of chemical fungicides. Fine pruning of unwanted shoots is done, cotyledons are removed, and weeds are cleared from the base of the plants, using accepted organic methods (strimming or hand weeding), or chemical herbicides.

Spring and summer
In May the diet includes broad beans, chard, peas, artichokes with beans and peas. Many will tell you that grilled sardines are at their best at this time of year, because it is when they are richest in oil. Of course, all the other types of fish feature on the menu too. The young chard which continues to grow in the kitchen garden is soon joined by courgettes, aubergines and tomatoes.

Summertime pause from the fields
After the feast of SS. Peter and Paul on the 29th June it is the custom for work in the vineyards to stop for the whole of July. With the sun at its hottest, the vines are left alone until August, when excess leaves are pruned to give the grapes more air and the maximum possible amount of sunshine. This is the last task before the next harvest begins, and the yearly cycle starts again.

HONEY - MEDICINE OF THE GODS 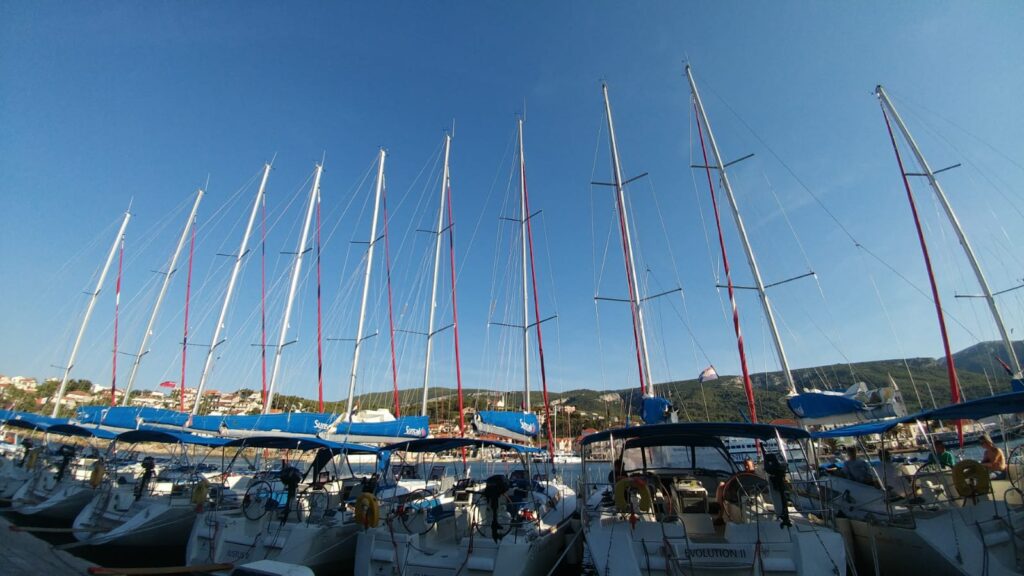 Hvar abounds with beaches, large and tiny! Here you can certainly find your perfect swimming spot.

As the tourist season is drawing near, bringing with it a rise in visitors, in creasing numbers of renters in the Jelsa Municipality region are expressing interest in being vaccinated against the SARS-COV-2 virus which causes the COVID-19 illness. Therefore … 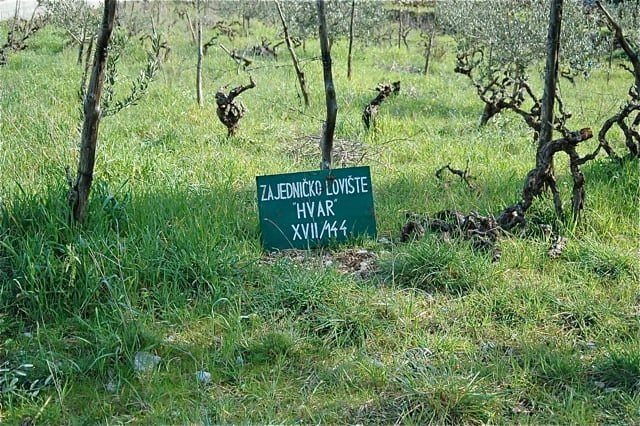 The hunting season is on, turning just about the whole island into a big hunting ground, and making it dangerous to go walking in the woods, through the fields, or indeed anywhere in the countryside. Hunting days are Saturdays (wild …