If you are really short of time, following this plan will introduce you to some of Jelsa’s main attractions. It should encourage you to return for a longer visit to savour this little town’s charms to the full!

The purpose-built Town Hall was constructed on wooden stilt supports over marshy terrain, like the houses in Venice. The work started on May 15th 1894 and was completed on December 15th 1895. The facade of this Neo-Renaissance style building is 25 m in length. The stone for the outside cladding was sourced from the island of Vrnik near Korčula, while the internal walls used stone from Selca on Brač.
Half of the ground floor was occupied by a reading room and cafe. In the other half there was a ballroom with a coffered ceiling, walls painted in contrasting colours and five resplendent chandeliers.

2. The Piazza, The Square of Croatia’s National Revival  – a place for gatherings and gossip.

The Piazza (Pjaca) was created by stages between the 16th and 19th centuries. On the west side of the square a fresh-water stream called the Slatina flows down a little channel to the sea. A drinking fountain was constructed in the middle of the square in 1934.
Nowadays the Piazza teems with cafes, restaurants, little shops and ice-cream parlours, where locals and tourists gather.

3. The Fortified Church Of Our Lady’s Assumption and the Lapidarium

The parish church is mentioned in the Hvar Statute of 1331 as ‘Sancta Maria di Ielsa, a single-nave early Gothic church. It is not known when the dedication was changed. In the 14th century it was enlarged with the addition of two aisles. Under threat from Turkish attack in 1535 the church was made into a fortress, and later fortified in 1573. At the end of the 19th century the church was totally renovated and a new belfry added. The church contains four chapels, two from the 17th century and two smaller ones from the 19th century.
In the courtyard space between the fortified church and its defensive wall there is a Lapidarium containing about 20 Antique and Medieval stone artefacts, which were placed there by the Hvar Cultural Centre in 1970. Among the exhibits is a grave headstone from Roman times, a 15th century relief by Nikola Firentinac, a Venetian lion, and a stone table which belonged to a knight called Ivan Obradić.
4. The Cross-Bearer’s Memorial
This sculpture is a mark of respect and gratitude in honour of all those who have participated in the traditional ‘Za Križen’ (‘Following the Cross’) Procession over the centuries. Six parishes take part in this penitential procession, which takes place every year through the night of Maundy Thursday, finishing early on Good Friday morning. The first mention of the ‘Za Križen’ Procession is recorded from Bishop Milani’s Visitation in 1658. The Procession has been included in the UNESCO Representative List of the Intangible Cultural Heritage of Humanity since 2009.
The memorial statue is the work of the distinguished contemporary sculptor Kuzma Kovačić, from Hvar.

5. The Church of Our Lady of Health, and a Fine Belvedere

The church dedicated to Our Lady of Health is situated on the Račić hill overlooking Jelsa, and dates back to the 16th century. The original church was built on the site of a Medieval chapel in 1535, and was a votive church for mariners. Its current appearance overall dates from the 19th century, when the west aisle and belfry were added in 1863. The most recent major renovation works were completed in 2013, including landscaping the surrounding area and planting the slope leading up to the church with olive trees.

The church is only used on special occasions. One of these centres on the feast day for Our Lady of Health, which falls on November 21st. Mass is celebrated on consecutive days around that date, with a particular day allocated to each parish in the Jelsa region, so that parishioners make the pilgrimage from their home village to attend ‘their’ special mass.
The Račić hill offers a splendid view over Jelsa harbour and the Jelsan fields.

The miniature octagonal chapel of St. John was first mentioned in historical documents in the 15th century. It was renovated and extended in Baroque style at the end of the 17th century.

The chapel was one of two centres which formed the nuclei for Jelsa’s future growth. Around it the settlement’s oldest houses are preserved intact, including some of those which belonged to Jelsa’s wealthy ship-owners and nobility. For instance, the family crest with the date 1561 is engraved in the lintel over the main door to the Skrivaneli family home. Houses were built and the little square adapted up to the end of the 19th century.
Tucked in its discreet little square among lofty patrician houses, St. John’s Chapel and Square is one of the finest architectonic complexes in Jelsa. In summer the square in front of the chapel comes to life as a beautiful open-air stage for a variety of cultural events, including concerts, plays, poetry readings and book promotions.

Jelsa Council’s Museum is situated in a house which belonged to the Dobrović merchant family, whose members were notable participants in Jelsa’s cultural and intellectual life.. The house in its present form was extended at the end of the 19th century, and represents one of the best examples of Neoclassical residential architecture in Jelsa. It was gifted to Jelsa Council by the last family member to live in the house, Juraj Dobrović (b.1928), who is an internationally recognized artist.
There are two museum collections on display in the house. One consists of a collection of graphics, paintings and reliefs by Juraj Dobrović, which were gifted together with the house. The other, mainly on the first floor, is a cultural-historical collection displaying the authentic decorative and everyday objects contained in a typical patrician household from the second half of the 19th century and beginning of the 20th.

Created in 1870 on an alluvial plain, this park is one of the biggest and most beautiful in Dalmatia. In 1923 a statue by Ivan Rendić was erected in the park in honour of Captain Niko Duboković (1835 – 1912), who, as mayor for many years, was responsible for the modern development of Jelsa, including draining the swamps infested with malaria-carrying mosquitoes, and constructing the harbour waterfront.
The north part of the park was landscaped in 1950. The statue which is its centrepiece is of composer Antun Dobronić (1878-1955), and is the work of the Jelsan sculptor, academician Slavomir Drinković.

Recreational and Sport Fishing at Sea

You need a licence for any kind of sea fishing. Here we explain the conditions for obtaining a permit. 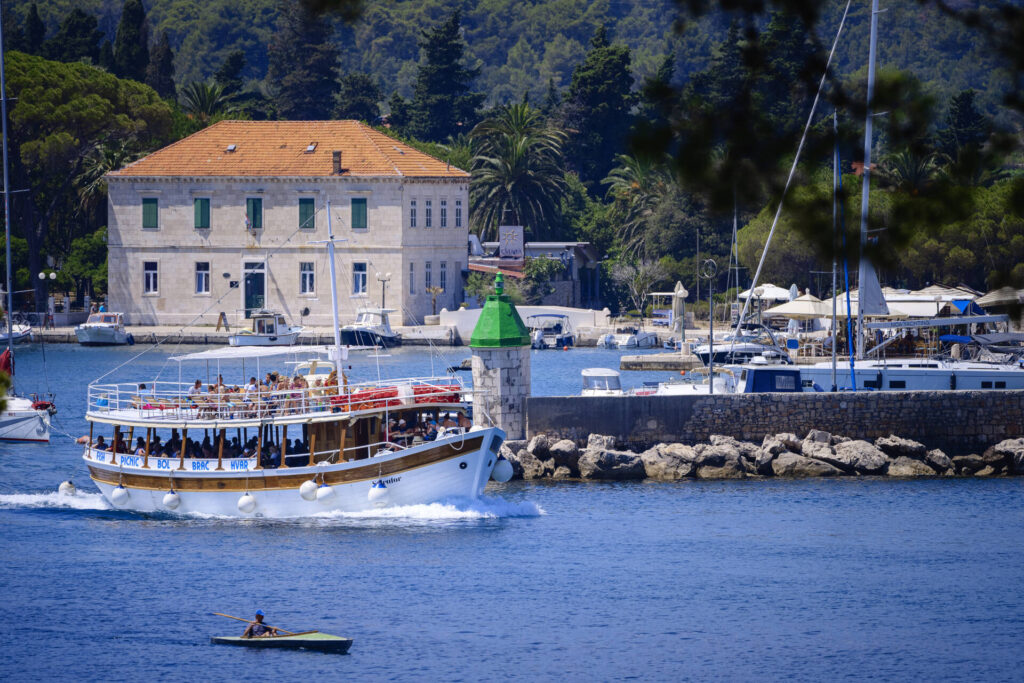 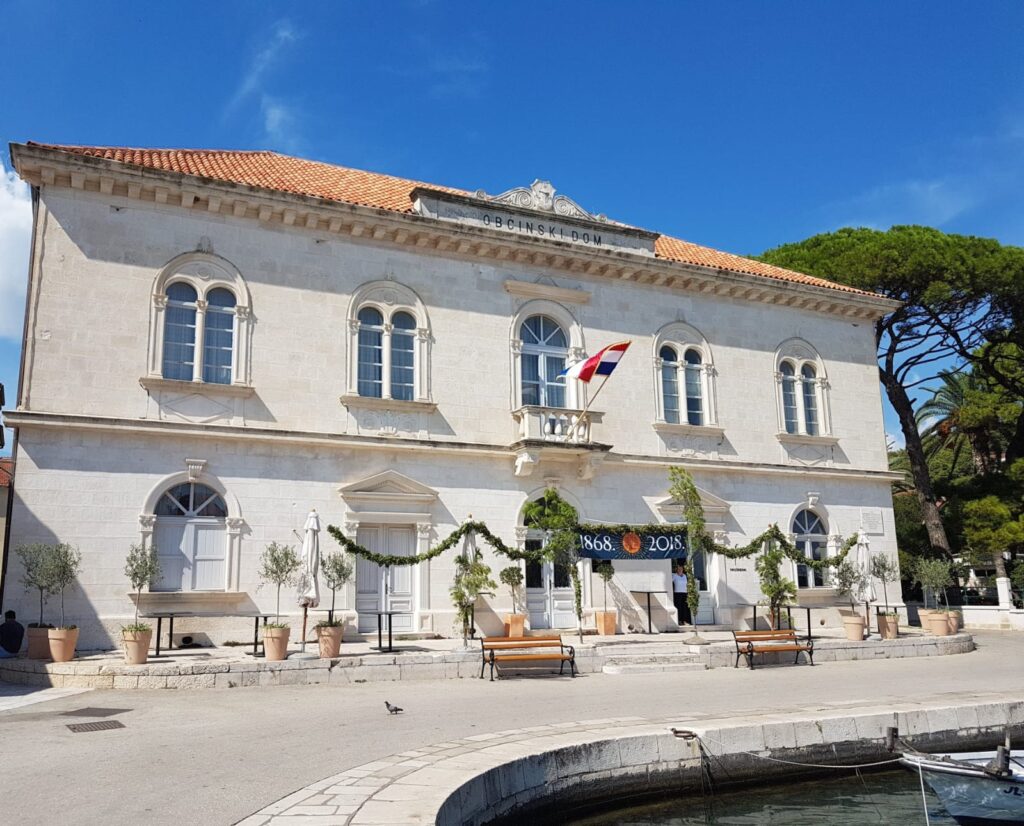 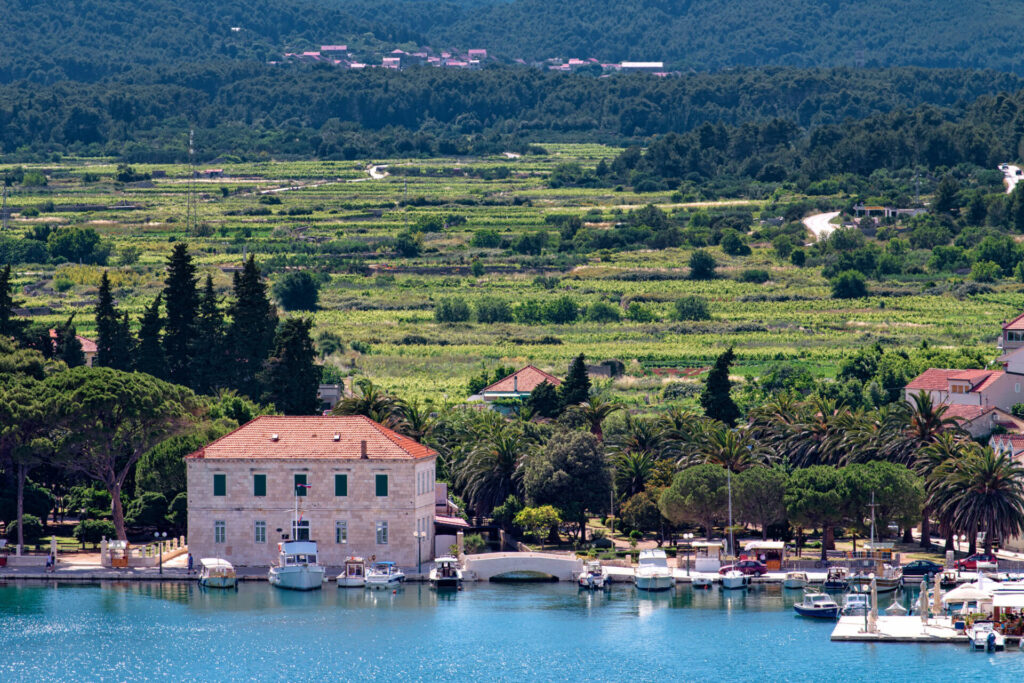